What is a Water Softener?

A water softener is an appliance that is fitted to the mains water supply to a home or commercial premises to remove dissolved minerals (hardness salts). These minerals form lime-scale in pipes and boilers, when the water is heated, and soap-scum in bath water, laundry appliances and sanitary-ware. They are usually fitted close to the mains water entry point in a house but can be sited almost anywhere. Modern domestic softeners are so compact that they can be easily installed under the kitchen sink.

What does it do?

Water softeners use a process called ion exchange. The softener unit contains a column filled with beads of a resin which remove the dissolved calcium and magnesium ions from the hard water flowing through it, replacing them with sodium. Periodically, (typically once a day) the softener regenerates the resin by washing with brine (sodium chloride solution), carrying the calcium and magnesium to drain, and leaving fresh sodium ions on the resin ready for the next treatment cycle. Regeneration is usually triggered automatically by either an electronic timer or mechanical water flow meter. The unit has to be refilled with salt (in the form of granules, small tablets or blocks) typically once a month.

Water suppliers define the level of water hardness (total hardness) in mg/l (milligrams per litre) of calcium carbonate. The water supply is considered to be hard if it is above 200 mg/l. 60% of water supplies in the UK are hard and are typically 300 to 350 mg/l total hardness. Softening generally reduces the hardness to less than 10 mg/l.

The UKWTA has demonstrated how lime-scale build-up has a major impact on reducing the efficiency of domestic water heating appliances – so much so that the government changed the UK Building Regulations (the Domestic Heating Compliance Guide - published May 2006) to require treatment of the feed water to water heaters in hard water areas to inhibit lime-scale formation.

In washing applications, soap and detergents react with the hardness salts to form scum. With softened water, much less soap and detergent is required to form lather. (Savings of up to 75% are possible). With less detergent, rinsing residual soap and scum deposits from laundry appliances is generally more effective, and clothes tend to feel softer and last longer.

There is also significant anecdotal evidence that softened water has a positive effect in reducing the symptoms of atopic eczema – it is not clear whether this may derive from the reduction in hardness salts in bath water, or less washing powder residue in clothing – the UKWTA is supporting a field trial sponsored by the Department of Health to investigate.

The benefits of installing a water softener include: 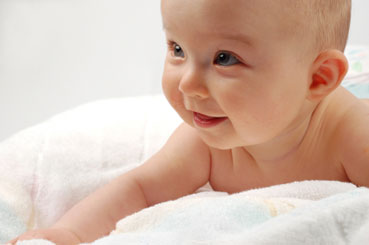 Is it OK to use softened water in appliances with aluminium components?

Is it OK to use softened water in my dishwasher?

Yes! Where the appliance has a built-in softener, such as in a dishwasher, turn the setting to zero and do not add any additional salt. Click here to see confirmation letter from Worcester Bosch.

Do I need a separate hard water tap for drinking?

Whilst not required by regulation, except in exceptionally hard water areas (above 400mgl), it is recommended by the UK Dept of Health, WRAS and also the UKWTA . For more detail see the UKWTA Frequently Asked Questions.

Which softener is right for me?

British Standard BS EN 14743:2005 prescribes requirements for the performance, safety and testing of softeners - models which are compliant are recommended. The right selection of softener for your application will depend on the size of your property, number of occupants, the hardness of your water supply and the most suitable position for its installation. It will also depend on the size of your plumbing pipework and whether your plumbing system is a traditional storage tank system or the modern direct system.

What should I do?

Work with a reputable supplier! They will advise which unit is appropriate and how it can be installed in your premises – begin by consulting the list of UKWTA members.

As you might expect, there are a number of regulatory requirements to be complied with: the water connection to the softener must be fitted with a non-return valve where it's connected to the water supply and the drain connection must have an air-break. The UKWTA has assisted the Water Regulations Advisory Service (WRAS) in the preparation of a guidance booklet for the installation of softeners - UKWTA member engineers should be able to help you understand the requirements.